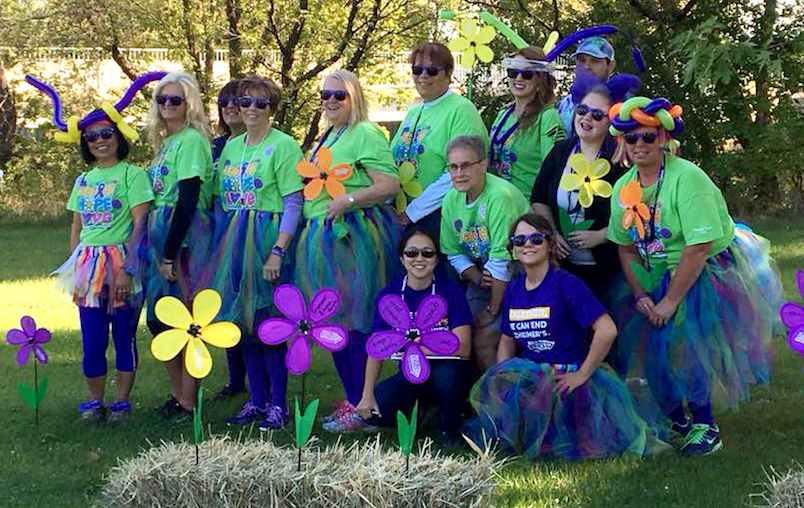 This year’s Walk To End Alzheimer’s will take place on September 14that Frank Hall Park, 712 Frank Avenue, Albert Lea, MN. Registration will begin at 9AM. The opening ceremony will begin at 10AM with the walk following, at 10:20AM.

Each year, more than 500,000 people come together in over 600 communities to advance the fight against the disease.  Thorne Crest, along with Amanda Weiss Irvine and her family are responsible for bringing this walk to Albert Lea.

This year’s honorary family is the Jimenez family. They are walking to honor Jesse Ronald Jimenez.  Jesse was diagnosed with Lewy Body Dementia in 2005.  He was his family’s rock and the voice of reason, but at the age of 78, after a fourteen year fight, Jesse lost his battle with Alzheimer’s.

Family members are welcomed to join Thorne Crest Tangles team or even make a donation to the team if you are unable to participate.

You can register to join our team or make a donation by going to:  www.alz.org/walk

Thanks to the many staff and family members who volunteer for this event and participate in the walk.